We have found a new home! Kindly visit this link in our new website here: https://www.denver-frederick.com/2017/10/04/gary-knell-president-ceo-national-geographic-society-joins-denver-frederick/

The following is a conversation between Gary Knell, President and CEO of the National Geographic Society, and Denver Frederick, Host of The Business of Giving on AM 970 The Answer. 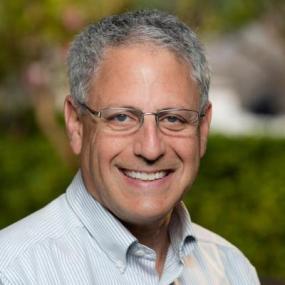 Denver: Legacy institutions, many of them over 100 years old, have an immunity to change because so many of our organizations are architected to resist change and withstand risk. So when you see one that is successfully reinventing itself for the 21st century, taking its brand from reverence to relevance, you really take notice. One such organization is the National Geographic Society. And it’s a pleasure to have with us this evening, their President and CEO, Gary Knell.

Good evening, Gary, and welcome to The Business of Giving!

Gary: Denver, it’s really great to be here. Thanks so much for having me.

Denver: Let us start with some of that legacy, if you will, and share with our listeners a little bit about the history of the National Geographic Society and the mission of the organization.

Gary: Yes. So, 129 years ago, 27 guys… and they were guys… got together at the Cosmos Club in Washington D.C. This was an era of discovery and exploration. The Smithsonian Institution had started just a few years before, with the legacy of diffusing knowledge.  And the folks around National Geographic felt we needed to diffuse geographic knowledge. So, it was an amazing group of pioneers. Some of them could’ve been working in hipster coffee shops, I’d like to say, but they were out there as geographers, scientists, explorers wanting to tell the public about the beauties of the West and exploration and to satisfy the curiosity gene that so many people have.

I would just say also, the first issue, Denver, the cover story was the geologic strata of the Potomac River, a real page-turner if there ever was one. So, over time, when Alexander Graham Bell took over as the second president, and his son-in-law, Gilbert Grosvenor, they introduced photography into National Geographic, really the first major publication to introduce photography. Two board members quit in protest because they thought it would dumb down the magazine.

Gary: They were wrong. So, don’t always listen to your Board of Directors. I’m sure my chairman will be thrilled with that comment. But, the rest is history where National Geographic, of course, is known primarily for photography and storytelling and visual storytelling. So, it was a courageous move back then that has paid off in so many ways.

We’re going to have 9.5 billion people here by 2050. There are twice as many people on the planet today than there were since we graduated high school. We’re probably roughly the same age, and that wasn’t that long ago… So, it wasn’t 1888! But how can the planet really sustain all these people? How can we feed them, educate them, provide energy for them, house them without burning up everything in or on the planet? That’s the big question.

Denver: 1888.  National Geographic covers the planet and beyond unlike anybody else. Science, exploration, culture, environment, ecosystems, animals and so on. So, let me ask you a big picture question if I can. What’s your assessment of the planet in 2017? Is anything getting better?  And what are you really worried about?

Gary: Well, there are things getting better, and there’s a lot of amazing people in the sector of public service and NGOs and government and the private sector that are doing incredible things. The biggest issue, really though, is we’ve got so many people on our planet. We’re going to have 9.5 billion people here by 2050. There are twice as many people on the planet today than there were since we graduated high school. We’re probably roughly the same age, and that wasn’t that long ago… So, it wasn’t 1888! But how can the planet really sustain all these people? How can we feed them, educate them, provide energy for them, house them without burning up everything in or on the planet? That’s the big question. And when I pose this actually in Washington where we’re based to Republicans and Democrats, nobody says, “Boy, that’s a dumb question.”

This is a non-partisan, existential question that we need to face head-on, and we hope that National Geographic can provide some answers and post some of those questions to give our political leaders and others a longer lens that they can look through… as opposed to the quarterly lens that so many of our organizations are stuck with.

Gary: Well, it’s been a terrific partnership. The leaders of 21st Century Fox, led by their CEO, James Murdock, have been fantastic partners who really believe in our mission. They are certainly putting a lot of resources behind it. They’re out there publicly really promoting Nat Geo as one of their core assets, creative assets.

We had an almost 20-year partnership, Denver, with 21st Century Fox on the National Geographic Channel that Fox owns 70% of, and it is now the largest cable channel in the world in terms of distribution. It reaches about 450 million people around the world in 170 countries. And in many countries, National Geographic is known through the channel even more than the print magazine.

So, what we did two years ago is we simply put our print assets– the books and magazines and our digital assets– into the cable venture. So, we now have a 70/30 partnership. There’s a joint board between Fox and National Geographic Society people that oversee that. We have a lot of bells and whistles about making sure that it’s still consistent with the mission of National Geographic and the brand of National Geographic… so it doesn’t go off sideways in some place. And I would say that so far, it’s been a resounding success.

The other part which is critically important is: because we were able to monetize some of the equity around the print magazine and the digital, we’ve been able to create a $1.2 billion endowment now to fund scientific exploration and storytelling pioneers out in the world, which is something.  Now with this war chest, we could double down on our impact.

Denver: That’s wonderful. And it was about a year ago that you underwent this extensive rebranding effort across all your media platforms, reinforcing this idea of one National Geographic. As a matter of fact, I think, in some ways you almost dropped the word channel because you just wanted to get that concept out there.

Gary: We actually did drop the word channel.

Denver: So, give us your thinking around this rebrand and what the impact has been so far?

Gary: Well, I’m a big believer in brands. And as I have had the privilege to oversee big brands like Sesame Street, and NPR, and National Geographic, we have to stick to our knitting, and I think consumers know actually much more than you think they do… knowing when things are off brand. And you can lose people and dilute yourself very easily chasing a buck. So, it’s critically important that we stick to our knitting, that Sesame Street really was, and still is, all about educating pre-schoolers to give them an opportunity to succeed, and NPR is really about educating the public about national and global affairs and inspiring them. And National Geographic is really about satisfying the curiosity that will get people inspired to care for the planet.

So, we have to come back to those all the time, and we actually have these conversations in National Geographic every week. Is this on brand? Is this not on brand? How do we make sure it is on brand? It’s a really important part of what we try to do.

Denver: And with this new rebranding, you also have a tagline, right?

Gary: We do. I mean, “Further” has really been what we’ve tried to express in one word which cuts across all of our media. And it’s really a human inspiration to go further which has been, of course, the legacy of Alexander Graham Bell, who not only invented the telephone but also came within a week of putting the first airplane into flight… which most people don’t even know. He was a serial inventor.  But then we funded people like Hiram Bingham, and Jacques Cousteau, and Jane Goodall, and Dian Fossey, and the Leakeys and all kinds of other people… all the way to today where we have amazing pioneers with that exploration gene. And they all had the inspiration to go “further,” hence, the idea that each of us has that opportunity in our own lives.

It’s really about photography, and I have to give credit to my predecessors– who were nimble and entrepreneurial– to be able to take what was simply a print magazine and push it into books, push it into television, push it into cable, push it into social media. And now through integration… scale, we have an opportunity to make a much bigger impact.